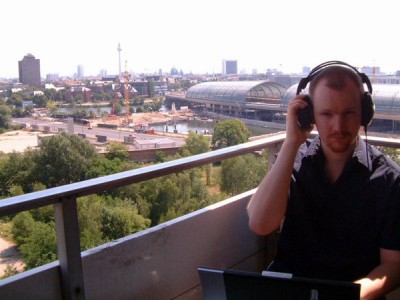 if people talk about drum n bass out of germany, the name current value appears automatically, as someone who influenced many ears and feet all over the planet and always kept and developed his very own style. after releases on 'don q', 'position chrome', 'klangkrieg' and a few others, current value stops at 'phantomnoise records' and drops another unmistakable 12" EP in autumn 2003.
current value, who lives in berlin/germany, started with electronic music in 1992 after he had a classical piano education for over 6 years. after first appearences in local radio stations in 1997, he started with live acts all over europe followed by his first vinyl releases on 'don q' and 'position chrome', this first but great records market a brilliant start, many great and timeless (yes we talk about drum n bass) releases hit the dancefloor until now and more will be added.